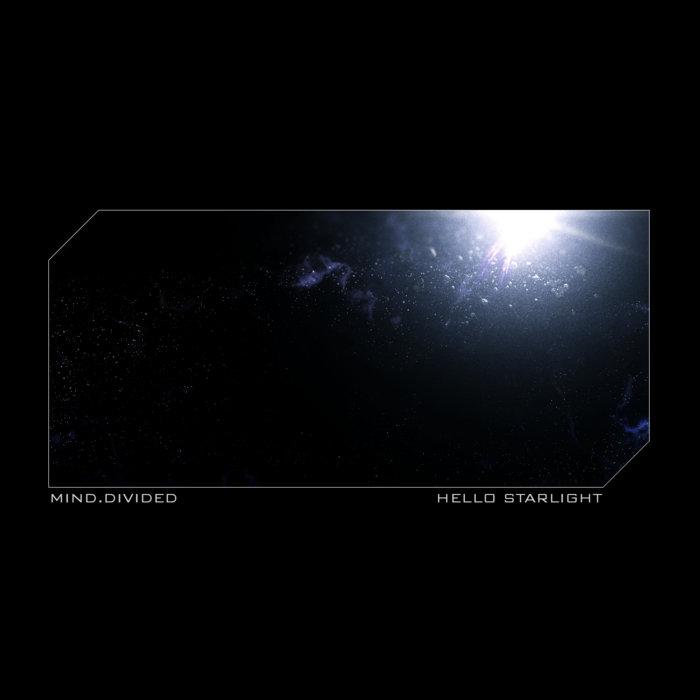 "No redemption for the bridges burned, not beyond the point of departure.
The vast nothing is home now, the universe constantly staring back at me, pulling me closer to Eden.
And then I layed witness to a view only gods should be able to see, a bright spectre in the vast darkness. Hope."

Hello Starlight is the second installment in a symbolic trilogy of a lone spacefarer on his way to an unknown place called Eden.
The first installment, "Leaving For Eden", was received with positive reviews by many and bordered more towards an industrial influenced IDM.
Hello Starlight moves away from the style of its predecessor with a more upbeat sound but retains the typical Mind.Divided style, with glitched percussion and deep ambient tonality. From wide ambient droning to melodic idm, the album gathers a range of styles in a solid blend of music for the space inspired listener.
The albums thematic background is one of hope for the future, a sentiment that is very close to the daily life of Mind.Divided.

A word of gratitude:

Thank you to James Church (CRL Studios), my mother, Hydlide, Sasha (LPF12), Thorsten and Waldemar (Waldrick), and every single one of you supporting Mind.Divided!